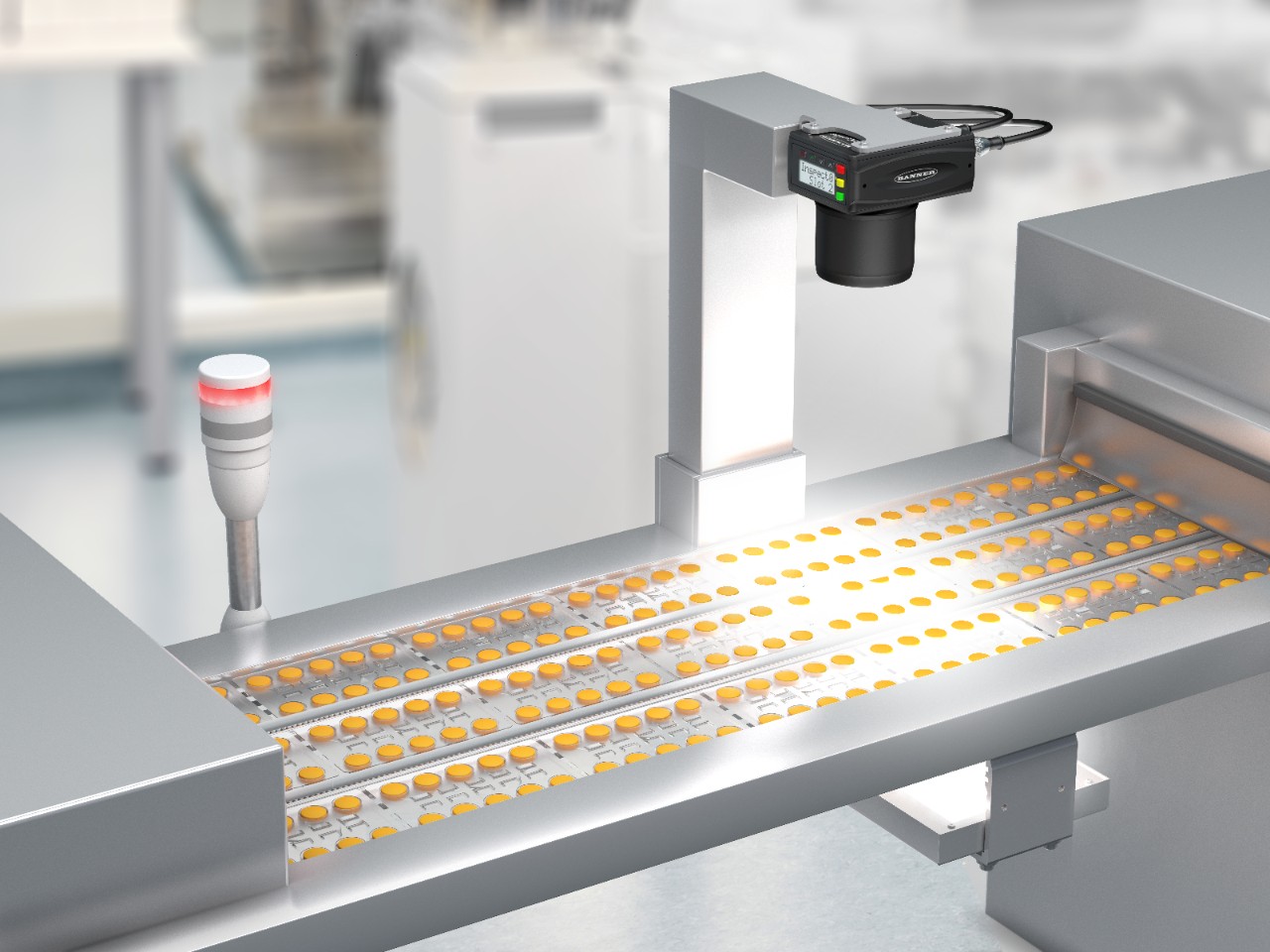 Application: Inspection of blister packs to ensure they are properly filled and tablets are all intact

A large scale pharmaceutical company packages many of their tablet medications into blister packs. Empty trays are fed into an automated distribution machine which dispenses the pills into available cavities. Before being sealed, each tray must be inspected to verify that tablets have been correctly placed, each cavity filled and that there are no chipped or broken tablets.

As trays emerge from the machine, they pass between the camera and the backlight. Bright red light passes through the tray but is blocked by the tablets, making them appear dark with a well-defined shape. The camera is configured to use the Blob tool, allowing it to verify presence and position and recognize shape. Each inspection triggers an optically isolated output to a TL50 Tower Light which will indicate green for passing inspections and red for failing inspections. Each failed inspection will activate an output, rerouting failing trays off the production line.

VE Series Smart Cameras are a cost-effective, easy to implement and easy to use solution for blister pack inspection. The cameras utilize Banner’s Vision Manager image processing software which combines powerful inspection tools and capabilities with an intuitive, easy-to-use interface. A software emulator allows users to develop and troubleshoot applications offline and runtime editing makes it possible to update inspections while the sensor is in operation, reducing downtime and the costs associated with it.